Some of the most popular and most common sherbet flavors are not found in as many ice cream brands as they are found in sherbet mixes. The most common of the flavors of the frozen desert treat are lime and orange. However don’t be surprised to find flavors ranging from strawberry, raspberry, to lemon and even tropical flavors such as pineapple.

Is sherbet ice cream?
Well, the dictionary defines sherbet as:

“A frozen dessert made primarily of fruit juice, sugar, and water, and also containing milk, egg white, or gelatin”

So technically it is a relative of ice cream and not really a “true” ice cream in the traditional sense of the dairy desert.

Blue Bell Ice cream rotates out ice cream flavors on a particular schedule that they set. The flavor rotations seem to be set by season and demand for the particular ice cream in combination with demand and the supplies of the ingredients.

For the month of August there are a few flavors being introduced into the three month cycle. The ice cream flavors that debut are chocolate chip and birthday cake. These particular flavors might not be a brand new creations necessarily but are entering the cycle for new sales.

Along with those two there are others that have already begun their rotation schedule.This is the rest of the list currently available for purchase at your local grocer.

For a more accurate and up to date list of Blue Bell ice cream flavors visit Bluebell.com

It is summer time! And hot summer weather means it is time to go to the local ice cream parlor and get yourself and your friends a scoop of the sweet dessert. 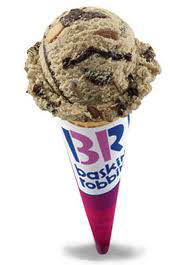 Baskin Robbins is famous for serving ice cream and there are many locations that you can choose, but what flavors of ice cream does the store offer?

Well, here is the long list of the different varieties of the treat that they offer in their “Classic Flavors” category:

So little time so much to choose from, don’t forget to taste something new this summer!

Looking for a list of the selection of flavors of Dreyer’s ice cream? Well, here it is! This is the current selection of what the Ice Cream maker has to offer in their “Slow Churned” line. 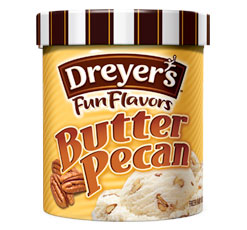 Besides this specific line of ice cream, Dreyer’s also offer a variety of other types of the frozen dessert. While you are out check out the Light, No Sugar added, Yogurt Blends, and the “Cups”!

This is a new updated list of the Blue Bell Ice Cream Flavors that are rotational and will be available starting with the month of April 2011.